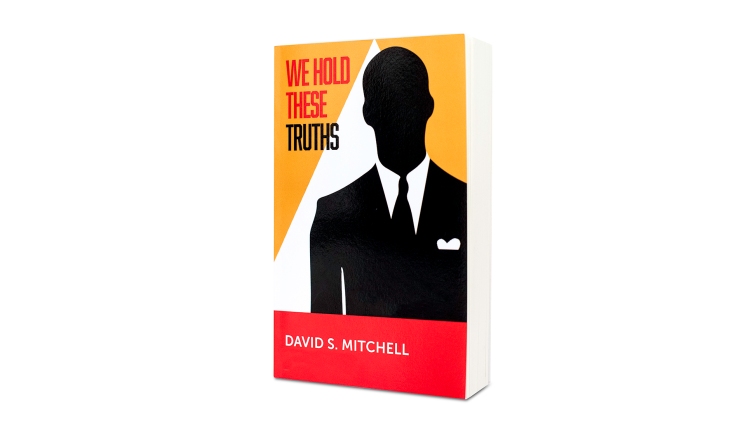 We Hold These Truths a novel.

IN POLITICS, AS IN LIFE AND LOVE, VICTORY AND DEFEAT AREN’T ALWAYS EASY TO DIFFERENTIATE

In his timely debut novel, David S. Mitchell grants the reader unprecedented access to the provocative world of code-switching African-American Ivy Leaguers and the dark underbelly of Southern race politics as seen through the eyes of Al Carpenter. Al, an erudite and incorrigible law student, struggles to square the hopeful outcome of President Obama’s 2008 election with the prospect that many Americans don’t actually want the change they clamored for.

When he arrives in North Carolina to assume a senior position with a cash-strapped US Senate campaign, Al faces swift and unexpected resistance to African-American attorney Ron Johnson’s candidacy. By navigating the thorny maze of Tar Heel State politics and grappling with personal growing pains, Al finally learns to play the game. But can he change the game for the better, or will the game change him?